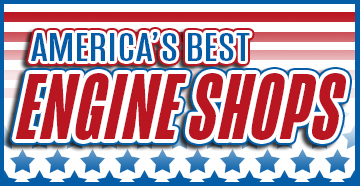 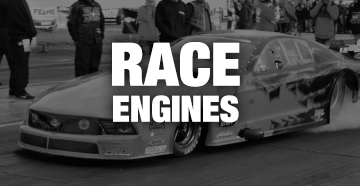 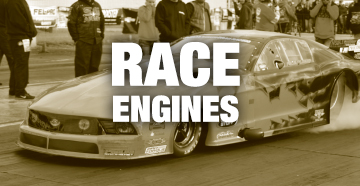 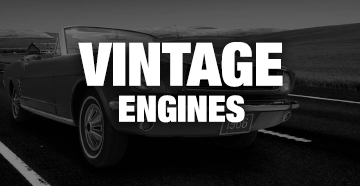 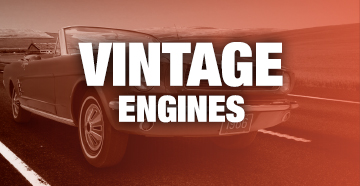 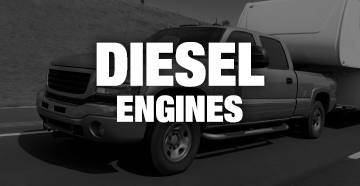 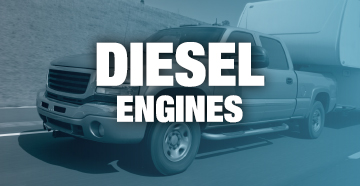 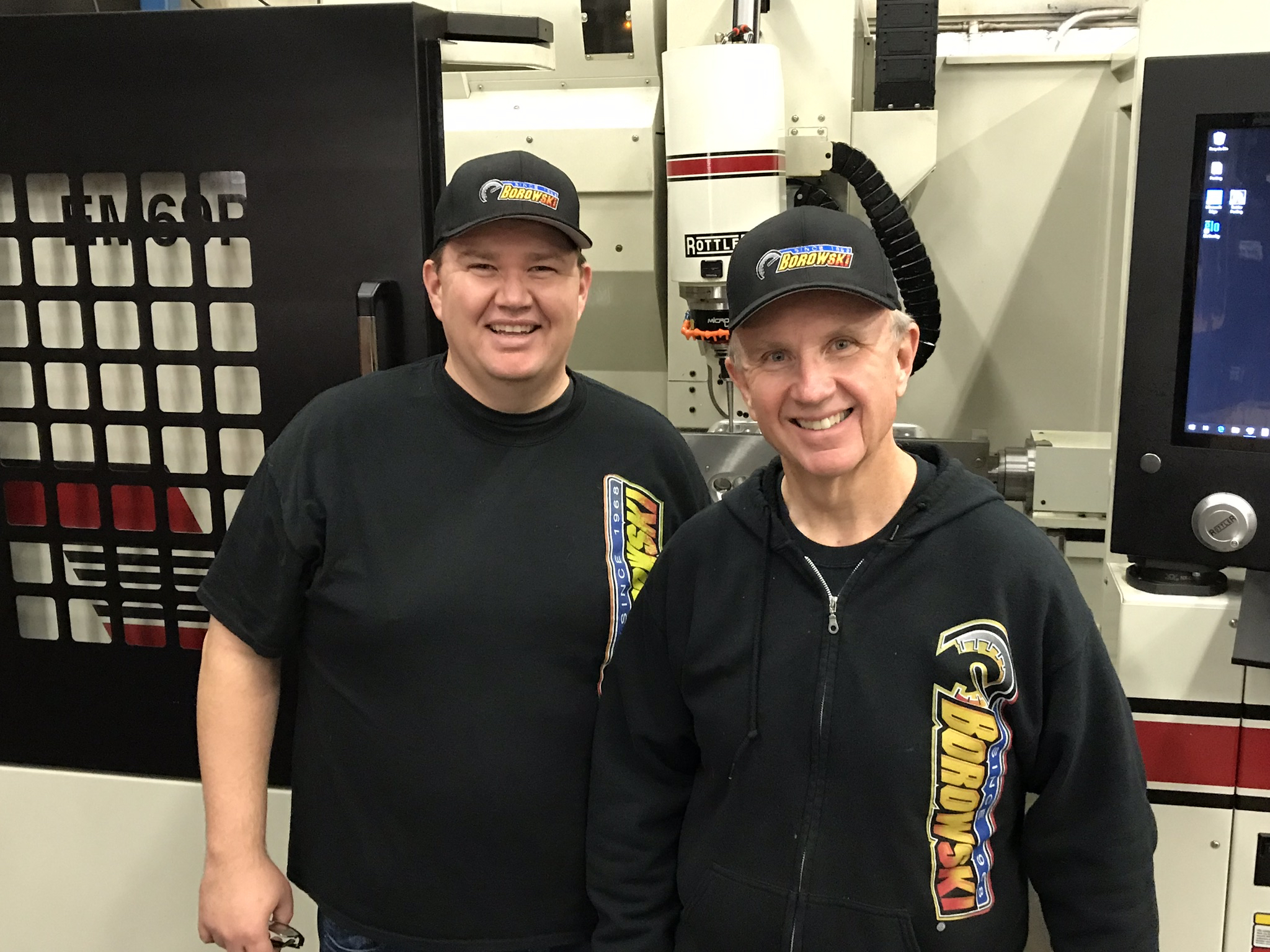 The Borowski Race Engines team was presented the 2018 Race Engine Builder of the Year prize package during Engine Builder’s PRI party in Indianapolis on December 5, 2018. The Engine Builders of the Year award is sponsored by Federal-Mogul Motorparts’ Fel-Pro Performance Gaskets and Speed-Pro brands. “The award is a great honor and very much appreciated,” Joe says. “In this industry, when people are looking to buy engines from a shop that perhaps they haven’t dealt with before, all they can really rely on are third party assurances that they’re going to get what they think they’re going to get when they think they’re going to get it. Having independent third parties say, ‘We’ve looked at these guys and they’re really above the crowd,’ is something that carries value. It carries value for us in our marketing and it carries value all the way through to the people who install our engines in the vehicles that they’re building. Being recognized for this award is really important. We put a lot of time and effort into marketing and this is something that is going to have lasting marketing value. For us, it’s a big deal and I’m really, really pleased that we were selected this year.” 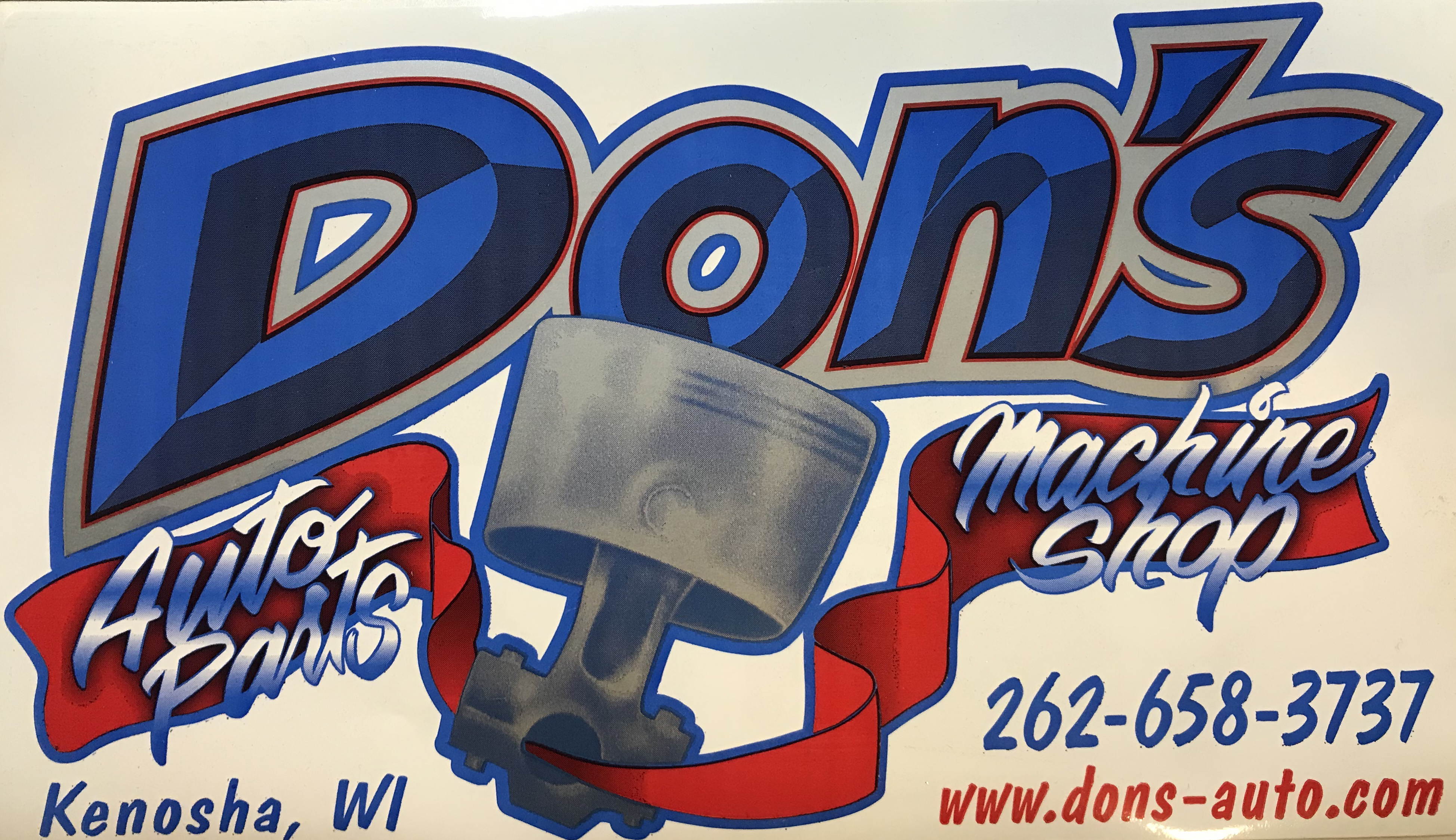 Tony Pontillo, winner of the 2018 Vintage Engine Builder of the Year award sponsored by Federal-Mogul’s Fel-Pro and Speed Pro brands, grew up with a love of cars and began working at the established Kenosha machine shop following high school. “Don’s originally started in 1958 as Kenosha Crankshaft. Don’s was always a machine shop, but not “just” a machine shop. We were more into the medium industrial market and sport truck, muscle car era as a full machine shop. I had a pretty good business plan and I hit it hard and within two years we moved from our 1,000 square foot building to a new location that was about 7,000 square feet. Then eight years later, we moved to our current location, which is 16,000 square feet, and we now have 15 full-time employees.” 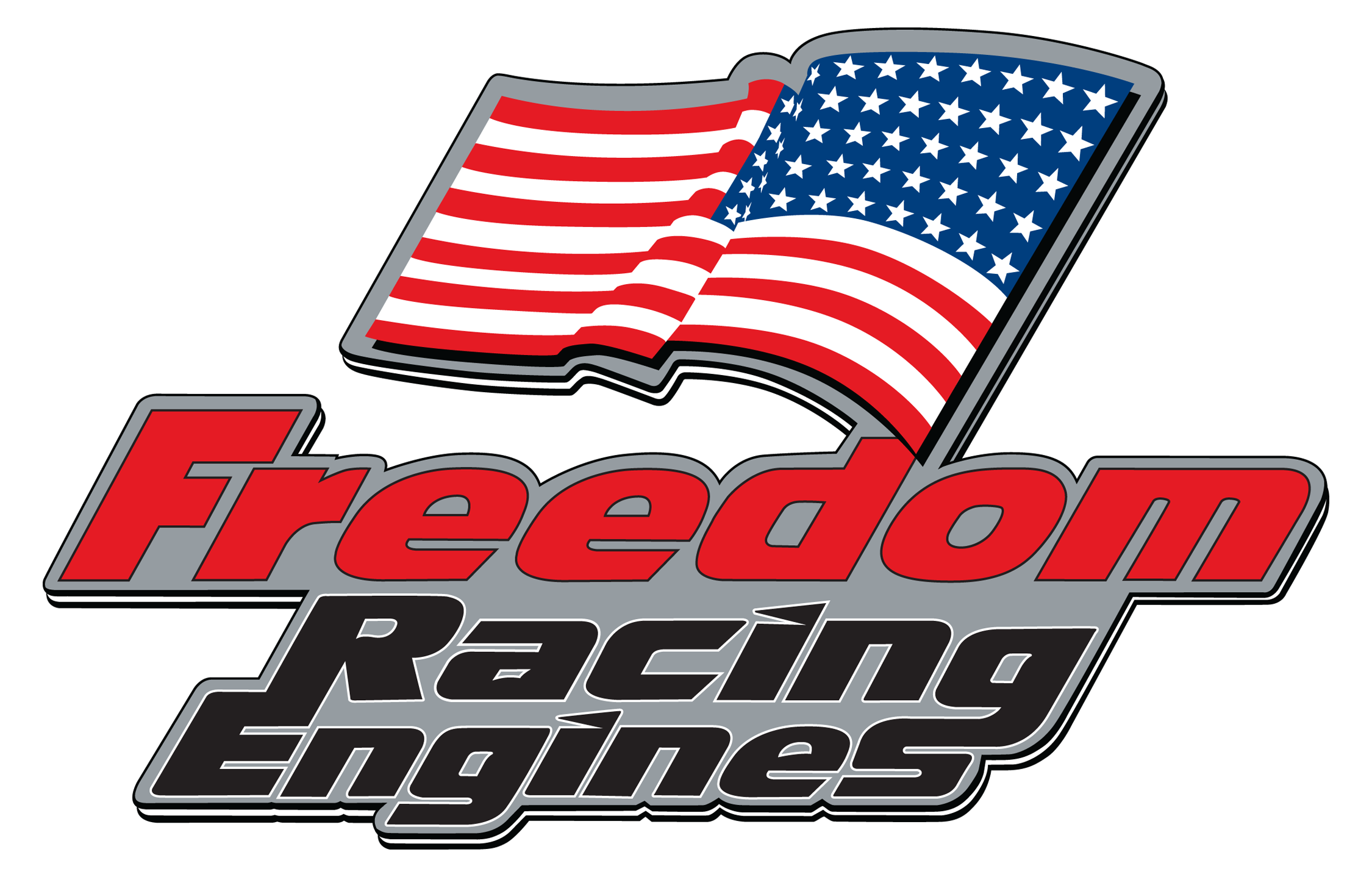 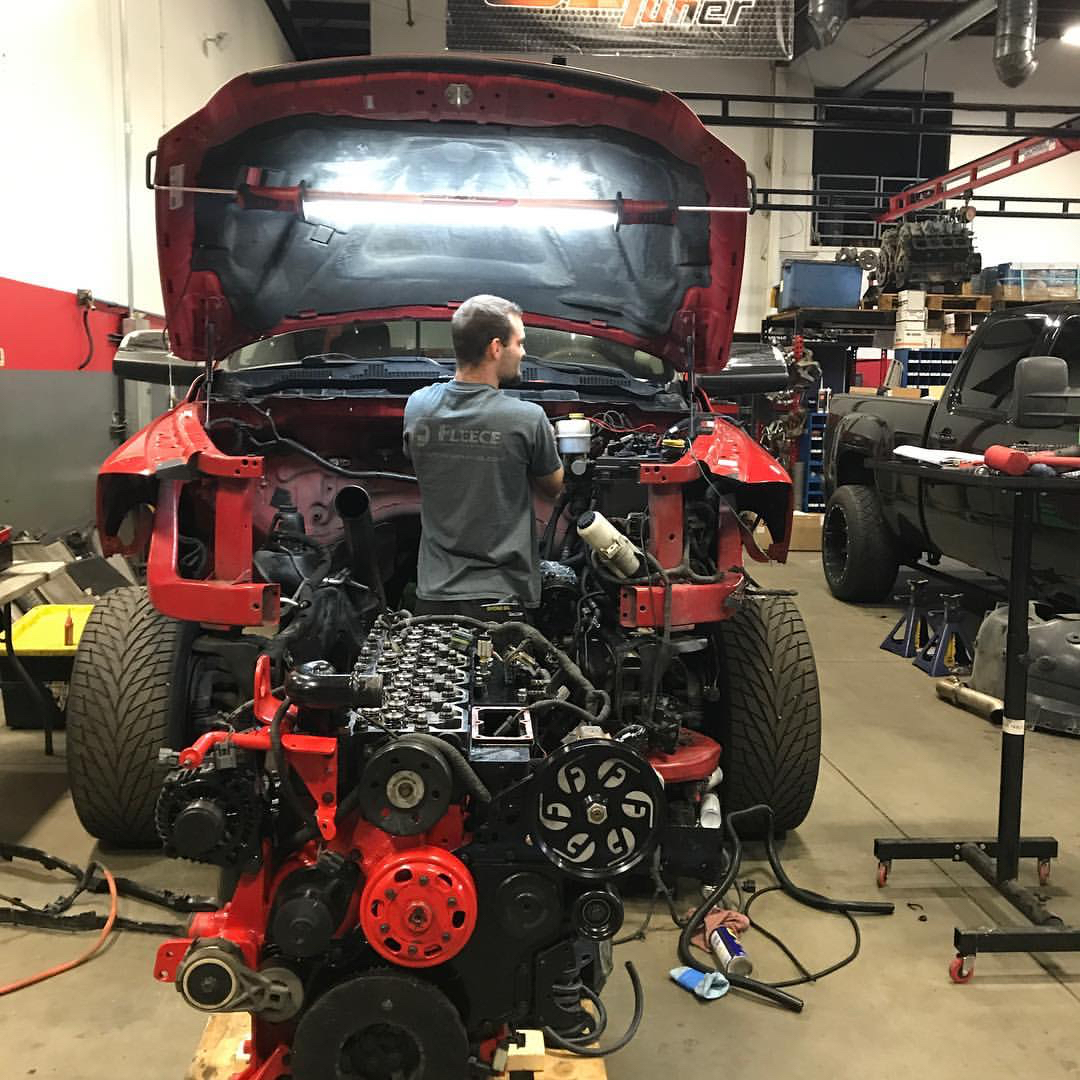 Chase and Brayden Fleece of Freedom Racing Engines, Brownsburg, IN.

Freedom Racing Engines has been named the 2018 Diesel Engine Builder of the Year, presented by Engine Builder magazine and Federal-Mogul Motorparts and its Fel-Pro, Speed-Pro and Sealed Power brands. As so many of the best things do, a good-natured competition between brothers has developed into a successful growing business serving customers across the country. What started in a coal barn in “the middle of nowhere, IN” has grown in a short period of time into one of the most respected performance diesel engine building facilities in the world.

The honor of Engine Builder of the Year, sponsored by Speed-Pro, Sealed Power and Fel-Pro, was given to builders in three categories – Race, Vintage and Diesel. This was the sixth year of the competition. 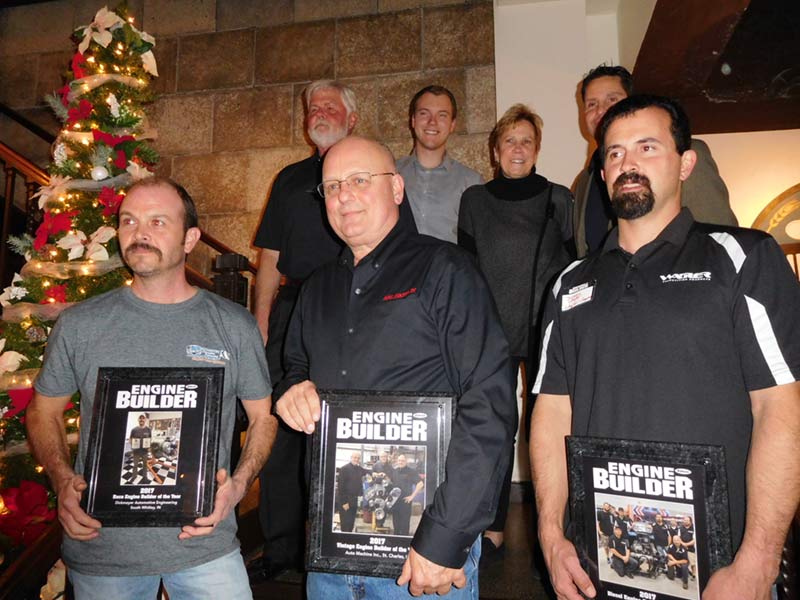 The 2017 winner in the Race category is Matt Dickmeyer of Dickmeyer Automotive Engineering in South Whitley, IN. The 2017 Vintage winner is John DeBates of Auto Machine, Inc. in St. Charles, IL. Rounding out the group, the 2017 winner for Diesel is Jeremy Wagler of Wagler Competition Products in Odon, IN.

If you’re an engine builder, visit www.TopEngineBuilders.com to enter for 2018. 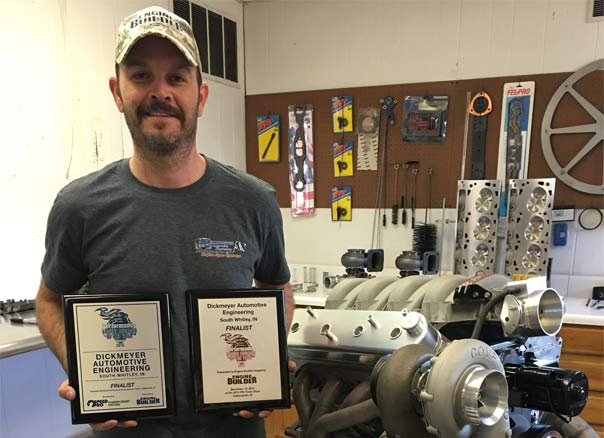 Matt Dickmeyer of Dickmeyer Automotive Engineering in South Whitley, IN 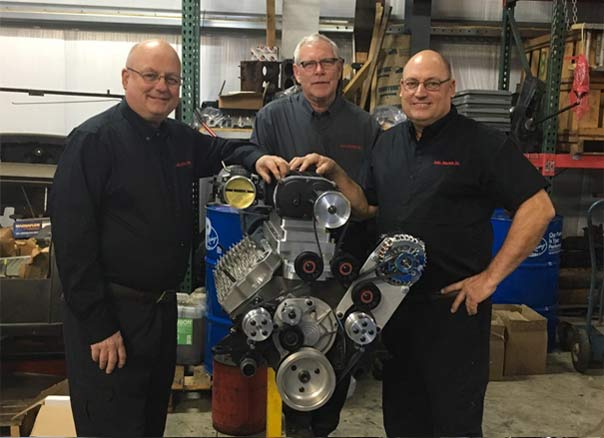 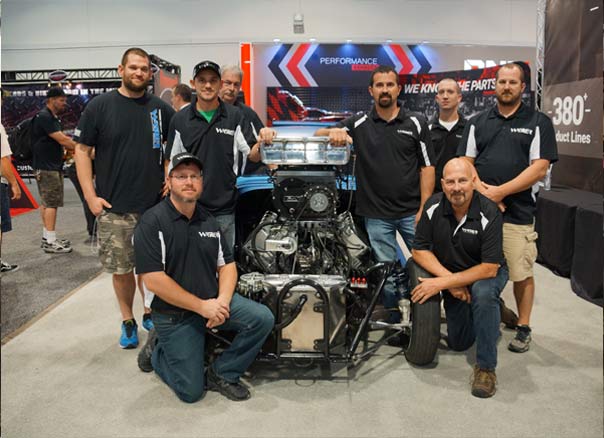 Jeremy Wagler of Wagler Competition Products in Odon, IN 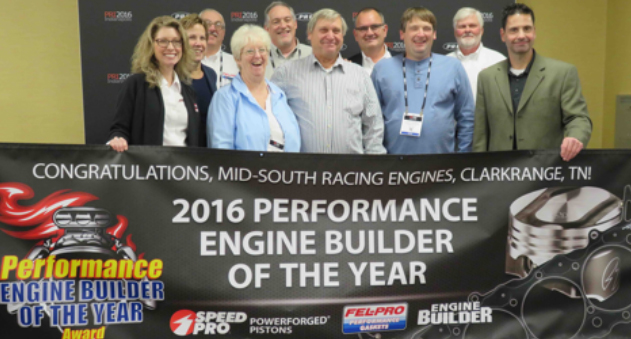 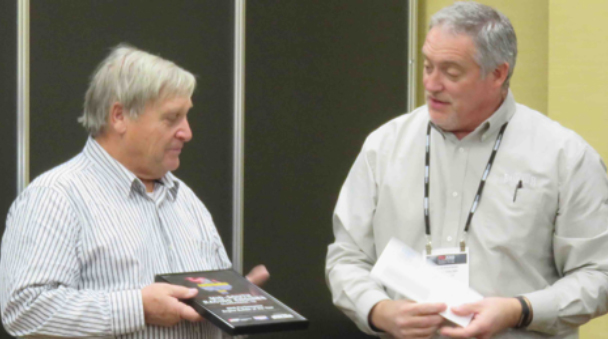 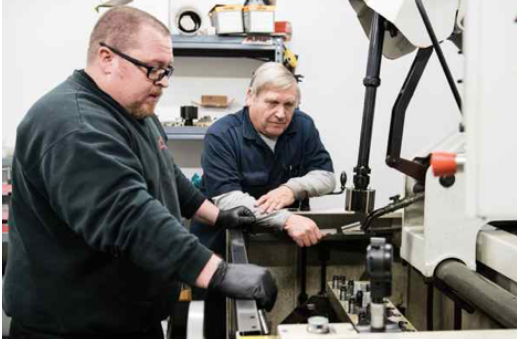 The winner of the 2016 performance category was Larry Pritchett, of Mid-South Racing Engines in Clarkrange, TN. Pritchett was presented the award by Engine Builder magazine publisher/editor Doug Kaufman at a press conference Friday, December 8, 2016 at the Performance Racing Industry Show (PRI) in Indianapolis.

Pritchett started his career as a drag racer, racing in Stock Eliminator, Super Stock and Comp Eliminator series. Along the way, he also built winning race engines leading to 30 race wins and 32 records in NHRA competition. His need for speed and his appetite to always go faster developed at an early age.

Most of the engines that Pritchett has done over the years have been specialty type engines. In 1990, he started racing Competition Eliminator and to this day he still does a lot of engines in Comp, Super Stock, Super Gas and series like those.

“We plan to keep striving to make motors run better, faster and make more power for our customers. If we can keep the work flowing between Ian and I, we would both be happy with that.” 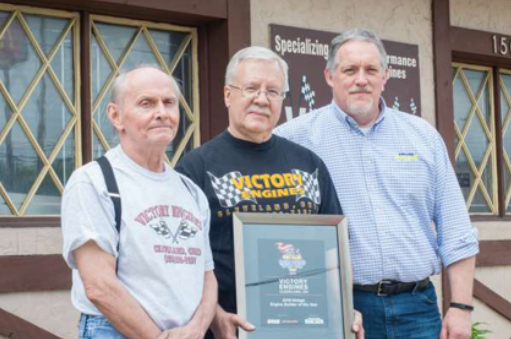 Cleveland’s Victory Engines’ owner Ray Banyas has again claimed a victory by being named the 2016 Vintage Engine Builder of the Year.

In 1970, Banyas, a young drag racer at the time, started performing cylinder head work for Myles Engineering and engine building has been his life’s work ever since. “It’s really good to do something your whole life that you love,” Banyas says. “It has its moments like any other business, but I’ve been blessed to be able to do what I love my whole life.”

In 1995, Banyas was given the opportunity to go from long-time employee to owner of the Cleveland-based engine shop. He decided to go for it and changed the shop’s name to Victory Engines. Over the years, Victory Engines has served racers and enthusiasts ranging from Stock Car, Super Modified and Sprint Car ranks to the quarter-mile drag racer, both local and national. 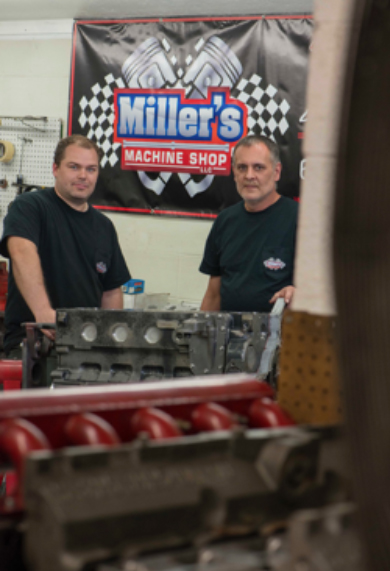 Jason and Charlie Miller of Miller’s Machine Shop in Lincoln University, PA was named the 2016 Diesel Engine Builder of the Year.

Starting with go karts and motorcycles in his father’s machine shop at age 10, Charlie Miller has steadily built a diesel engine building and machining operation to rival the best-known performance engine builders in the country. With his son, Jason, by his side and a commitment to innovation, Miller’s Machine Shop, in Lincoln University, PA, offers its customers race-winning performance, unmatched customer attention and the industry’s best brand name products at a price that’s hard to beat.

Ray Field, owner of Dougans Racing Engines, in Riverside, California was named the 2015 Engine Builder of the Year. Ray joined Dougans in 1980, and has worked as a mechanic, machinist, engine builder, tuner, dyno operator – and now owner. The business specializes in engines for off-road applications such as trophy trucks, Class 8, pro trucks, prerunners, short-course racing, Pro 2, and Pro 4. 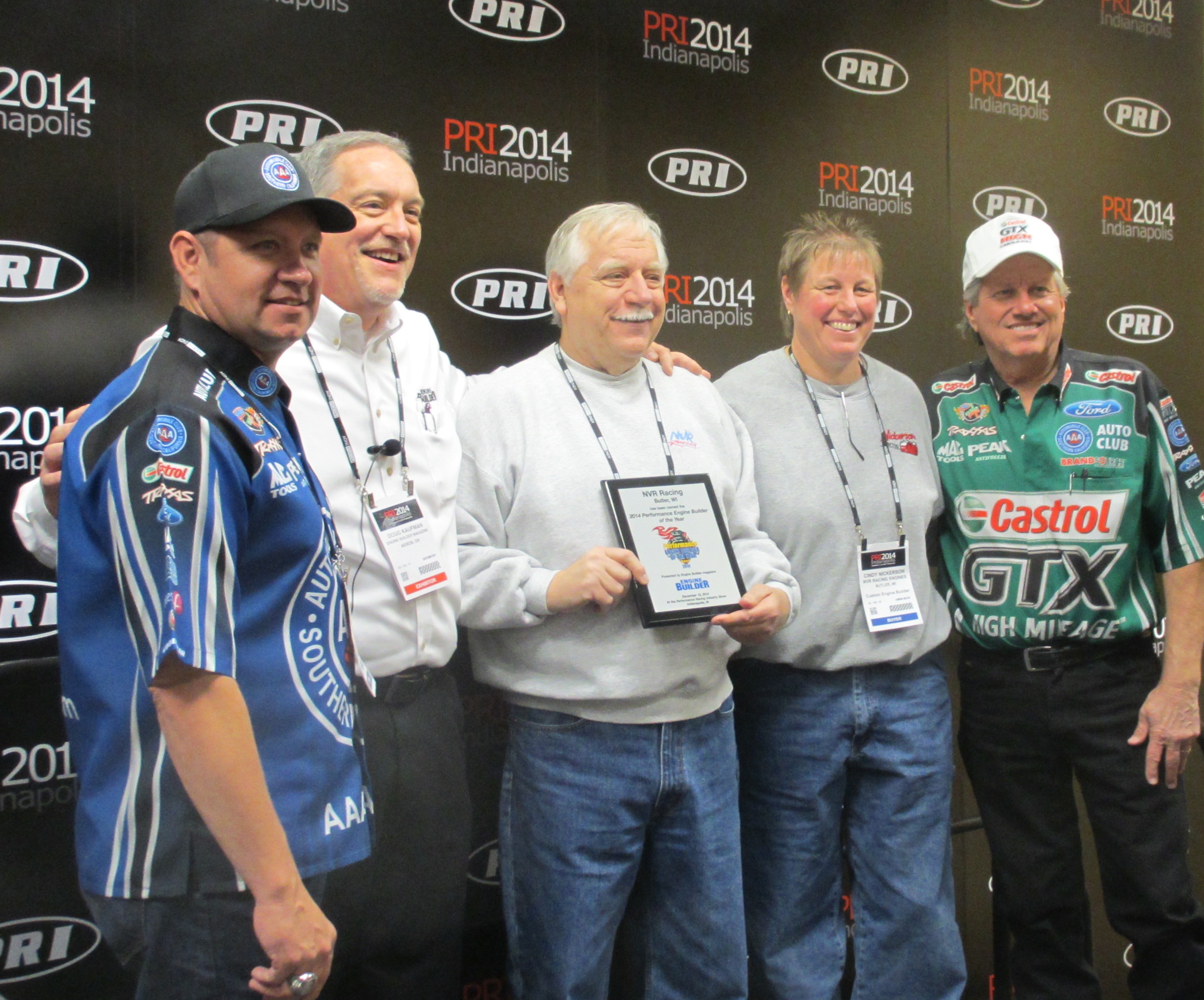 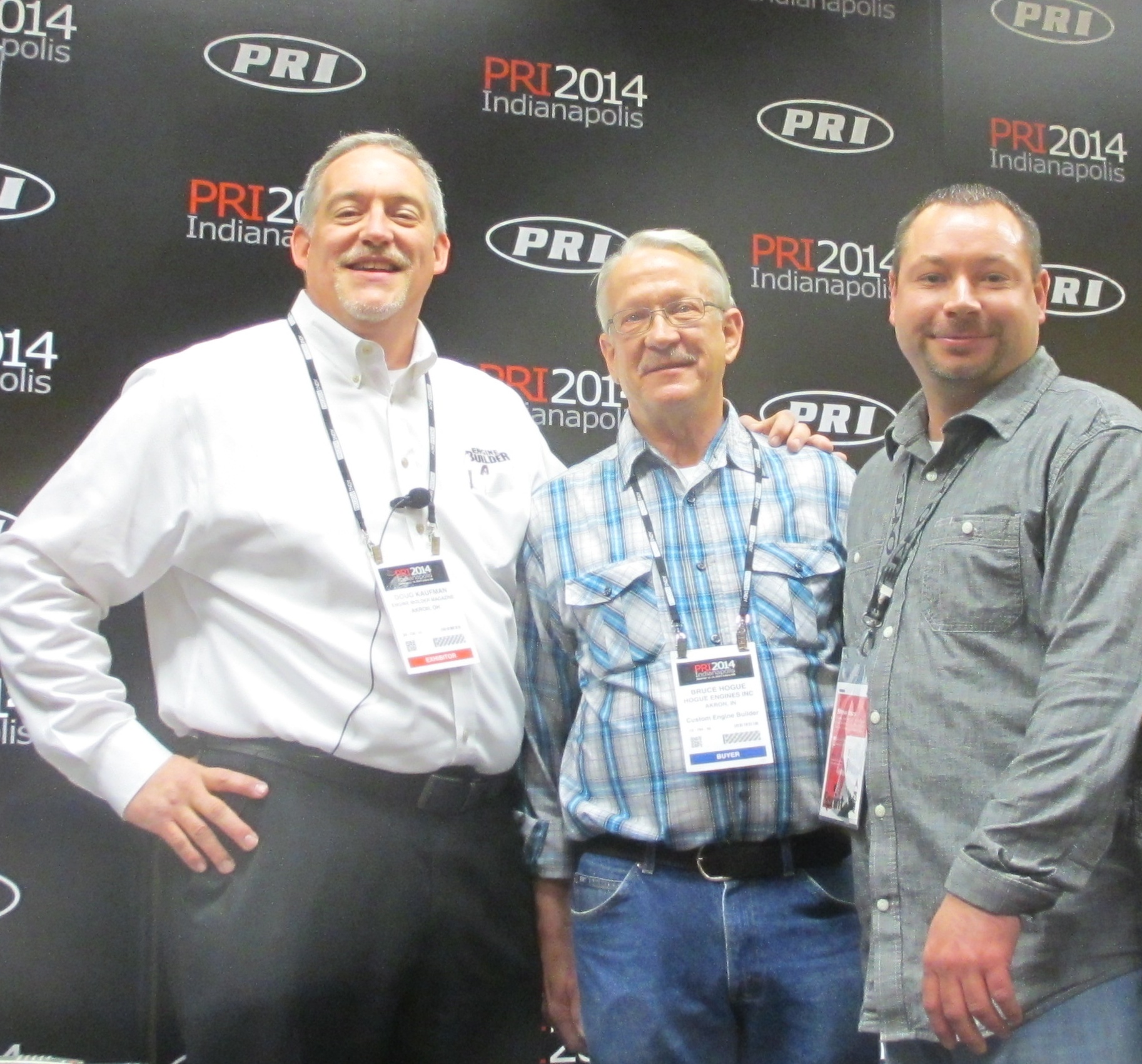 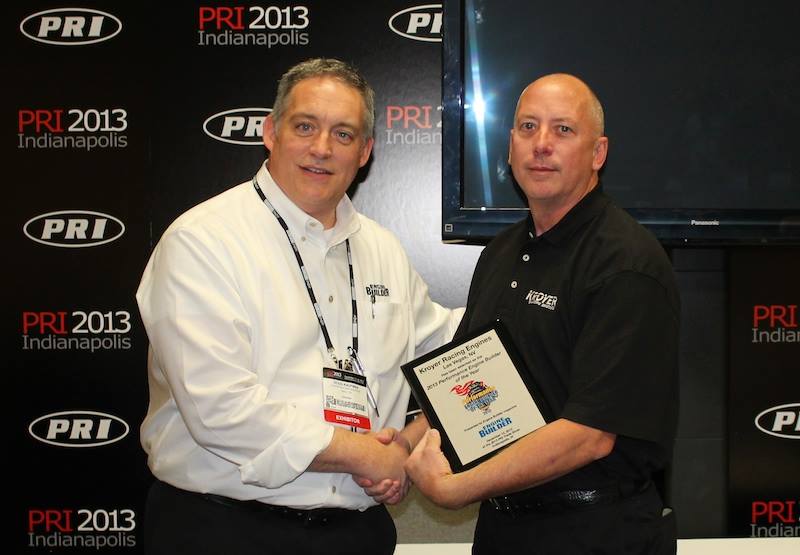 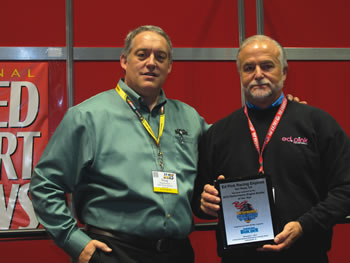 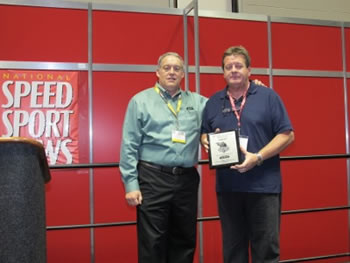 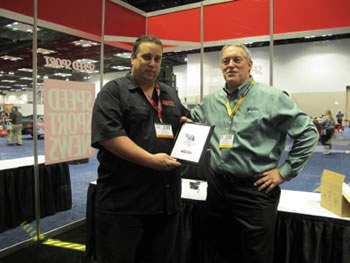 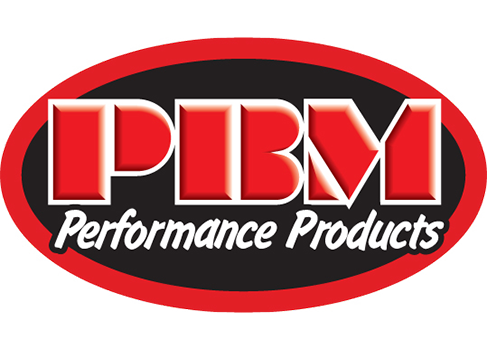 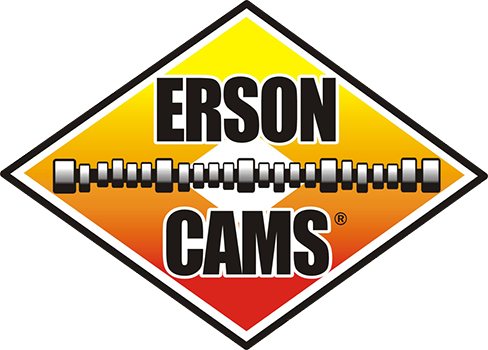 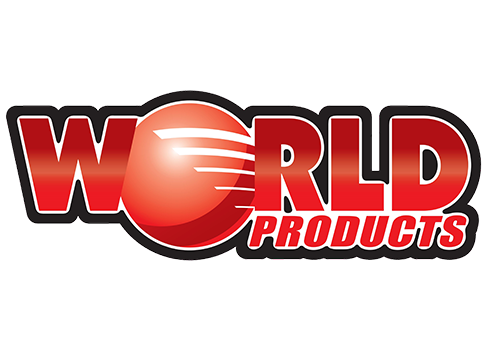